Nine months after losing our beloved Jackson, Mr. MR and I have decided that we are ready to bring a new companion into our family.

Yes, we are getting a new Golden Retriever puppy. We put the deposit down yesterday and will pick him up in the first couple of weeks of July. I don't have a picture of our actual boy yet, but you can be sure that there will be puppy pictures. So many puppy pictures that you'll be begging me to stop posting puppy pictures!

We haven't settled on a name yet, and likely won't until we actually meet him, but we have several in the running.

Right now, Indiana Jones (Indy, for short) is in first place. We also like Sherlock, Atticus and Oberon (Obie). My husband has rejected Mycroft, Darcy, and Rochester. I also proposed Hastings, but he was a hard no.

I'm so excited! Here's a picture of a handsome sibling from the same parents but different litter! 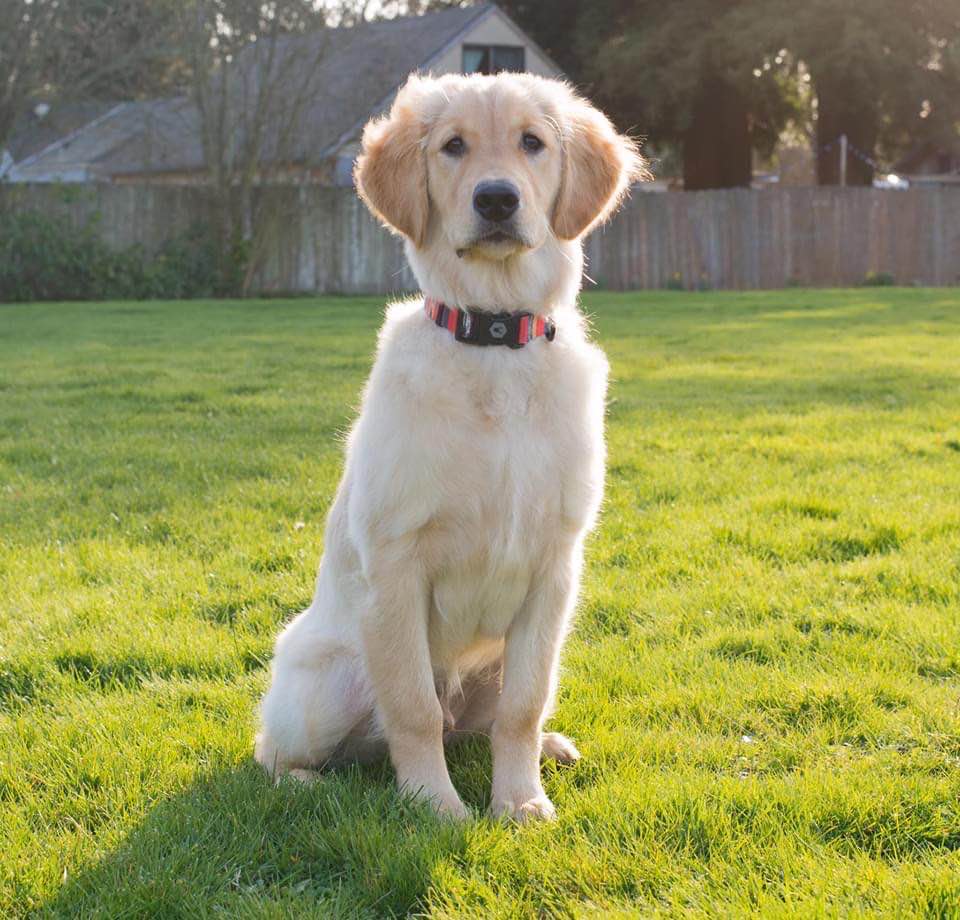