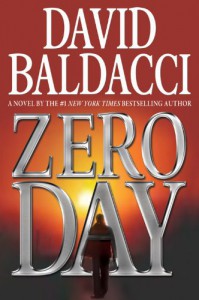 This is a book. It is a book with a red cover. It is written in short sentences. Like this. That is supposed to make the reader feel like things are happening. I guess.

This book is about a man, John Puller. I will call him Puller. Always. Puller is in the Army. He's just a man. In the army. Where he belongs. He investigates things. Like a badass. Sometimes, he saves people's lives. Except when he fails. He remembers combat. Sleeps. Lightly. M11 in his hand. Three seconds to wake and shoot. He has many medals. Medals are not important to Puller but they impress people who are impressed by such things. Superficial people who are impressed by superficial things.

In West Virginia, things are polluted. Water. It's black. There are rich men. They get rich from mining things. They own everything, and they sleep with beautiful women. The people are poor. Sometimes they are desperate. They make drugs. In the basement. There is a bunker. This might be important.

Puller is tough. He is the toughest guy of all the tough guys. This is his book. Fuck this book.

This is one of the worst books I have ever read. It is cliched, the writing is wooden, the plot is silly, John Puller is a Gary Stu, and the entire thing is a giant wish-fulfillment for men who think that if they only had a gun and some military training, they too would be invincible. If this is a serious representation of David Baldacci's writing, I have no idea how he ever got a Big 5 contract.