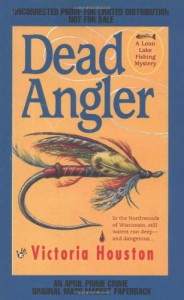 I am rating this book a 3 because I don't quite know what to make of it. It's not really a cozy mystery, but it's not really a police procedural, either. It's sort of a hybrid of both.

It reminded me a bit of Julie Spencer-Fleming's absolutely-freaking-wonderful Clare Fergusson/Russ Van Alstyne mysteries set in Miller's Kill, NY, but without the depth. Although, in fairness, that depth did develop over the course of nearly a dozen books, so maybe the Loon Lake mysteries develop in a similar fashion, I don't know.

The main character is a retired, widowed dentist, known as Doc, who spends his retirement fishing. Everyone in Loon Lake seems to be completely obsessed with fishing. I am not obsessed with fishing, so this was not a part of the book that I particularly enjoyed, although the descriptions of the Wisconsin scenery and lifestyle were interesting. The MC becomes involved in a murder investigation when he manages to trip over a body while fly fishing with the local Sheriff, a competent and likeable woman. 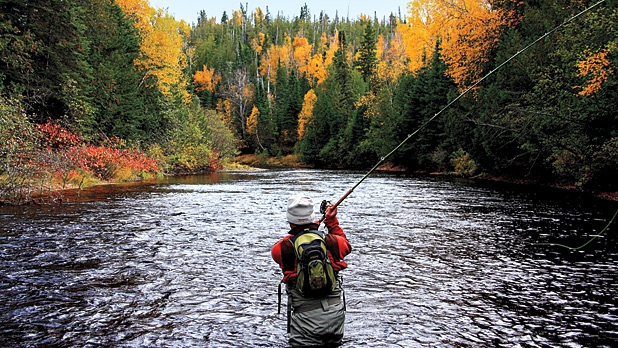 There was a lot of this going on in this book. Every chance that the characters got, they went fishing.

The mystery itself was quite serviceable, and the writing was better than average. My main issue with the book is that every character was sort of a quirky (north woods quirky) and that there was a bit too much going on - there were several competing stories that made the narrative, perhaps, overly complicated. I'm wondering if the author is going for a Wisconsin murder mystery version of Northern Exposure (a television show that I loved, by the way)? I am also not at all sure about the attraction that Doc has for the Sheriff - it was never clear to me how much older he was than Sheriff Ferris, although I got the sense that the age difference was in the decades not years. This made his obvious infatuation seem futile at best, and a bit pathetic at worst. This might be a misunderstanding on my part, which may be addressed in later books.

Overall, I am mostly lukewarm.

This book represents Wisconsin for my Read Across America project. It is available for free on amazon - here - as the first in the long-running series, and has been in my TBR since 2011. Not sure if I will continue with the series or not. Maybe if I have nothing to read (unlikely) and another one turns up free.