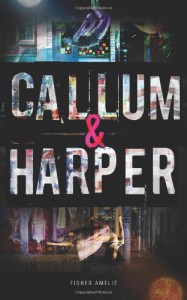 This review was originally published on amazon on August 11, 2012. It was one of my most popular reviews, with 43 out of 45 customers finding it helpful.

The issues that made this book a one star read:

One-dimensional wish-fulfillment heroine. Harper was unflawed, perfect, so gorgeous that all of the men who encountered her immediately fell in love with her.

Seriously awkward writing, which causes disasters like this sentence: "Callum was as selfless a man could be and in a world where an attribute of that caliber was more rare than a pink diamond, I clutched him tightly to my heart, fully aware of just how priceless he undoubtedly was." The next time Ms. Amelie writes a book, she should put down the thesaurus. Because that sentence is INSANE, and it is one of many that are just as awful.

Totally unrealistic financial situations: in what world do two completely unskilled, homeless, and unemployed high school graduates in NYC manage to earn 5K in two weeks by grabbing odd jobs? Whether the author can do the math or not, I can. This is $1200 a week, which is a whopping 62K a year per character. Why would anyone ever get a college education or a job if they could make more than the average teacher by washing dishes under the table on an ad hoc basis. Let's not even talk about the ridiculous "wedding" that a bunch of (basically) strangers threw for our H & h, on their own dime, for no other reason than that they were pretty

Random tense changes within the same sentence, which led to this: "Heat coursed through my arm and when he removes his hand, I felt a lacking I'd never known I could possess."

WARNING: THIS PART IS SPOILERIFIC

Finally, as the piece de resistance, beautiful Harper is stalked by a serial killer who is also a former foster kid, in a story line that really just devolves this book into farce. He burns down their apartment. He murders a bunch of women who either share her name, her address, her hair color, or some other attribute, and when the police finally catch him after he nearly murders her in a library, they are so incompetent that he escapes by bashing one of them on the head and running away. And then, instead of issuing an APB for him, he blithely boards a plane with Harper and kidnaps her on her way to Seattle so she can confess her love to Callum. Then he hauls her all over Seattle, makes her dress up and pretend to love him, and then nearly beats her death. While she is hospitalized, he conveniently throws himself from a pier and his body washes up as she recuperates.

When I bought this book, I was hoping for a simple, cute story about a pair of foster kids growing up and falling in love. What I got was a poorly written, unrealistic, absurd, wish-fulfillment, nonsense-filled pseudo-crime-drama.