My family is not hugely sentimental, and I don't come from a family that has had particularly "nice" possessions that are the sort of thing that are passed from person to person, so I don't have very many "mementos."

Really one of the few exceptions is a pair of wine glasses that belonged to my paternal grandparents. When my grandmother passed away, they split up the set and gave two of them to each of the grandchildren. I don't really know the provenance behind the glasses, just that my grandparents had brought them home from their travels and they were very special to them.

I received two of them, which were the glasses that my husband I used to toast at our wedding, twenty five years ago. Imagine how special it was for me to dig them out of the back of the cupboard, where they had been resting, unused, since we moved into this house (and in other cupboards, before that), so that my daughter and her new husband could toast with them at their wedding. 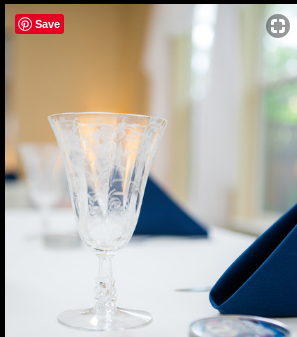 I've put them back into the back of the cupboard, where they are safe, but sometime this winter I plan to buy a small wooden chest for them, and then cut some foam to cover with satin, so that they have their own place to rest while they await the chance to toast my son's marriage, or, perhaps, one of my grand children.

Here is a picture of my daughter, the bride, and her new husband, toasting their futures. I won't leave it up for long, because it's not my picture to show (and I've screenshotted it, which is why it has the watermark), but I thought you might like a look at it. 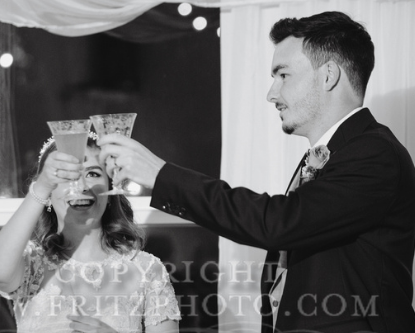