Oh, I just loved this book, weaknesses notwithstanding!

"Libriomancy was in many ways a lazy man’s magic. There were no wands, no fancy spells, no ancient incantations. No hand-waving or runes. Nothing but the words on the page, the collective belief of the readers, and the libriomancer’s love of the story."

There were so many inside jokes in this book, it is difficult to catch them all. I spent most of the book smiling, even though I'm sure I got maybe 20% of the total! The way that he incorporated the Twilight phenomenon was hysterical - they are their own breed of vampire, called Meyerii, which "had only begun popping up back in 2005."

"Back in the days of Dracula, humans had a fighting chance against the undead. But the more they evolved from monsters into angsty, sexy superheroes, the more the odds of a human being surviving an encounter with an angry vampire shrank to nothing."

Hahaha. Seriously, that's hilarious. And there are references to the healing cordial from The Lion, The Witch and the Wardrobe, and of course, Excalibur of Arthurian legend fame:

"Next, I proceeded to arm myself much the same as I had at the Detroit nest, with garlic, crucifix, and a pair of pistols. I also created a sheathed broadsword with a gold, jewel-encrusted hilt. “Excalibur number seventy-three.” We had more than a hundred versions of Excalibur cataloged in our database. “Cuts through just about anything.”

While I liked Lena, I felt like she, and the relationship with Isaac, was the major weakness to this book. No offense, guys, but there aren't very many male fantasy writers who pull off romance very effectively (is that sexist? If it is, sorry). Their relationships tend to be heavy on the heavy breathing and light on what actual makes two people fall in love. And this is one of those cases - there seemed to be no deeper than surface attraction between these two people. I liked her, but a dryad sex slave is sort of yucky.

And the end, where she proposes what is basically a three-way relationship made me laugh out loud because it felt so contrived and inauthentic and like some sort of a male theory of what a female fantasy would look like. But that's a small quibble, really, because overall, I loved the magic, I loved the references and I loved the world.

And now let us speak of Smudge, who might be the best character in this entire book. I hate spiders, but I want my very own Smudge to sit on my shoulder and eat chocolate covered ants and warn me of danger. Sure, I don't really have occasion to need my very own fire-spider warning system, but, seriously, he's cute, he's fuzzy, he has eight legs, and he might burn my house down by accident. Want.

This book is pure fun. If you're still looking for something to fill the creepy crawlie square, I highly recommend Libriomancer.

I'm a bit over half-done with this book. Hines has created a very interesting magical system that book lovers who enjoy UF will find delightful! Libriomancer's are able to magically pull items from books through the power of belief that coalesces around beloved stories.

There's a lot of literary namedropping, from LOTR to Mira Grant's Feed and the most powerful books also must be magically locked by Gutenberg - yes, that Gutenberg - to prevent them from escaping the bonds of the books and becoming manifest in our world.

Smudge the fire spider is an entertaining side kick (he catches on fire at the first whiff of danger), which is why I decided to read this for the creepy-crawlies bingo square. This is a fast, entertaining read and a fun piece of urban fantasy. 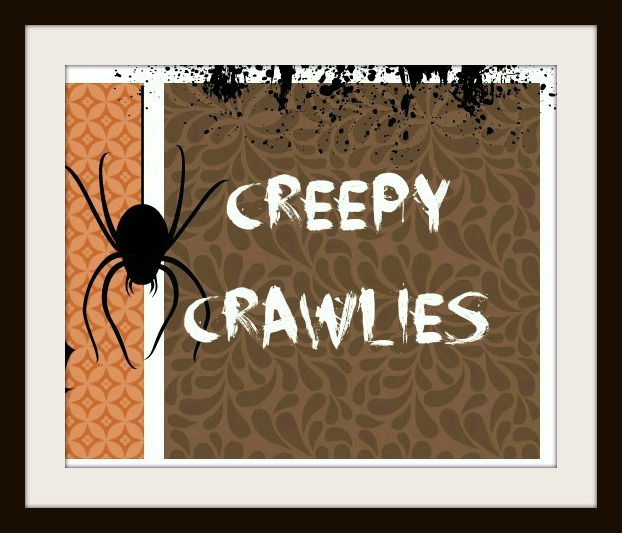