Portrait of a Murderer? 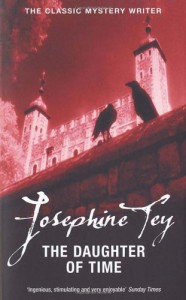 This was an excellent book - if there was one downside, it's that it is so revered and adored that my expectations were extremely high. It didn't quite meet them.

Nonetheless, for a book that takes place entirely inside of a hospital room, what Tey did here is quite remarkable. And it's all that much more remarkable because the heart of the book is basically grocery lists and dressmaker accounts from the 15th century. Her debunking of history - not merely the primary question relating to the fate of Richard III's two nephews in the Tower, but the whole of our uncritical acceptance of myth as fact (what she calls Tonypandy)- was awesome.

What a tragedy that there is so little Tey.

I think that my favorite Tey is still my first Tey, Brat Farrar. But, like Christie, I'll be able to answer that question more definitively after I've read them all, at least twice.

I'm so excited for our next buddy read!

This seemed scarily relevant to me today

‘I wish it need not have happened in my time,’ said Frodo.

‘So do I,’ said Gandalf, ‘and so do all who live to see such times. But that is not for them to decide. All we have to decide is what to do with the time that is given us. And already, Frodo, our time is beginning to look black. The Enemy is fast becoming very strong. His plans are far from ripe, I think, but they are ripening. We shall be hard put to it. We should be very hard put to it, even if it were not for this dreadful chance.

I know that Tolkien wasn't talking about either the coronavirus or Donald Trump or the rise (again) of fascism, but damn if it doesn't feel like he could've been.

A wonderful read (and reread) 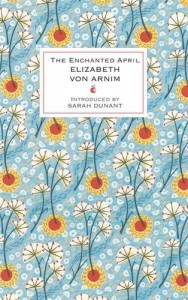 I've read The Enchanted April before, probably 20 years ago, and then again about 6 years ago. It's hard to justice to the delightfulness that is this book in a review. I'll just, briefly, give it a try.

Written during the interwar period, the book has a surprisingly modern feel. The main protagonist, Lotty, is the struggling wife of a solicitor, Mellersh Wilkiins, Lotty is not at all the sort of wife that Mellersh wanted - he wanted someone with the right social skills to help his career along. I spent much of the book wondering what on earth could have possessed Mellersh to marry her given her unsuitability.

We also have Rose Arbuthnot, who is married to an extremely successful author of fictionalized biographies of king's courtesans. Rose is deeply religious, and is bothered by the fact that her husband's financial success has been built on "sin". This somewhat irrational preoccupation, along with either a miscarriage or the death of a very young child, has destroyed the relationship between husband and wife.

The book begins when Lotty sees an advertisement in the newspaper to lease a castle in Italy for the month of April, which is addressed "to those who appreciate wistaria and sunshine..." Lotty and Rose, strangers to one another, are drawn to the advertisement and resolve to take the castle and spend the month of April in Italy. In order to decrease their costs further, they advertise for two additional women to join them.

This book is as effervescent as champagne and as insubstantial as a soap bubble. San Salvatore, the castle, is delightful. The changes that come over the four women as they luxuriate in the gardens overlooking the Mediterranean Sea come at different paces, but they do arrive. Lotty loses her careworn outlook, Rose lightens up, Caroline finds peace, and Mrs. Fischer, the most calcified of the bunch who has spent decades pining for the past, embraces life again.

“All down the stone steps on either side were periwinkles in full flower, and she could now see what it was that had caught at her the night before and brushed, wet and scented, across her face. It was wistaria. Wistaria and sunshine . . . she remembered the advertisement. Here indeed were both in profusion. The wistaria was tumbling over itself in its excess of life, its prodigality of flowering; and where the pergola ended the sun blazed on scarlet geraniums, bushes of them, and nasturtiums in great heaps, and marigolds so brilliant that they seemed to be burning, and red and pink snapdragons, all outdoing each other in bright, fierce colour. The ground behind these flaming things dropped away in terraces to the sea, each terrace a little orchard, where among the olives grew vines on trellises, and fig-trees, and peach-trees, and cherry-trees. The cherry-trees and peach-trees were in blossom--lovely showers of white and deep rose-colour among the trembling delicacy of the olives; the fig-leaves were just big enough to smell of figs, the vine-buds were only beginning to show. And beneath these trees were groups of blue and purple irises, and bushes of lavender, and grey, sharp cactuses, and the grass was thick with dandelions and daisies, and right down at the bottom was the sea. Colour seemed flung down anyhow, anywhere; every sort of colour piled up in heaps, pouring along in rivers....”

This is a perfect book to read in April, when my garden has just started to come back to life.

I have Elizabeth and her German Garden on my TBR cart. It feels like a good time to read it.

Well, my low-key read-a-thon has resulted three books so far, and I also made a batch of delicious homemade chocolate chip cookies. 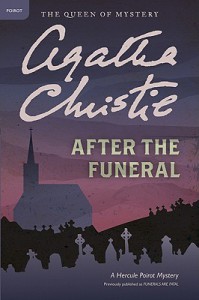 Fortunately this queer little foreigner did not seem to know much English. Quite often he did not understand what you said to him, and when everyone was speaking more or less at once he seemed completely at sea. He appeared to be interested only in refugees and postwar conditions, and his vocabulary only included those subjects. Ordinary chit-chat appeared to bewilder him. More or less forgotten by all, Hercule Poirot leant back in his chair, sipped his coffee and observed, as a cat may observe the twitterings and comings and goings of a flock of birds. The cat is not ready yet to make its spring.

Back to finish up this one before I embark on a new read-a-thon book! 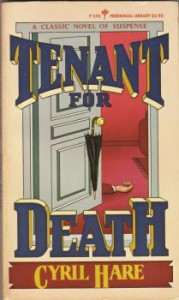 This was a bit sparse, but I still didn't figure it out. I got part of it right - and I wonder at how long it took Inspector Mallett to realize what seemed to be fairly obvious.

I liked Mallett and would definitely read another book in his series. I do feel like the book was somehow lacking in something, although I can't quite put my finger on it.

A curious mystery. I have thoughts:

Mr. James was Mr. Ballentine in disguise all along, although I still don't know who killed him. I don't think it was Harper, although his behavior is suspicious as all get out.

1) What fine part of the world are you reading from today? Oregon

3) Which snack are you most looking forward to? Guacamole - I have an avocado that has reached perfect ripeness waiting for me.

4) Tell us a little something about yourself! When the restaurants reopen, I want to visit a favorite restaurant for a plate of dirty fries: pork cracklings, fried sage, Parmesan cheese and grilled peppers. I've been craving them for three weeks.

5) If you participated in the last read-a-thon, what’s one thing you’ll do different today? I always do a low-key read-a-thon. My goal is to read about 15 hours. I don't think I'll do anything differently, but I have promised to make a batch of chocolate chip cookies at some point today, so I'll be taking a break to bake. 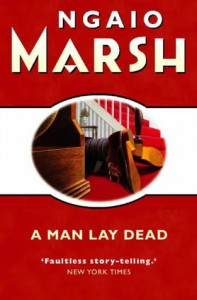 Look what popped up in my library queue! Downloaded and started...

(Had to fix the book - I posted the wrong one!)

I finished the Daniel Silva book yesterday, so today I'm just reading After the Funeral by Agatha Christie and A Few Eggs and No Oranges by Vere Hodgson.

Here is my Dewey stack for tomorrow! 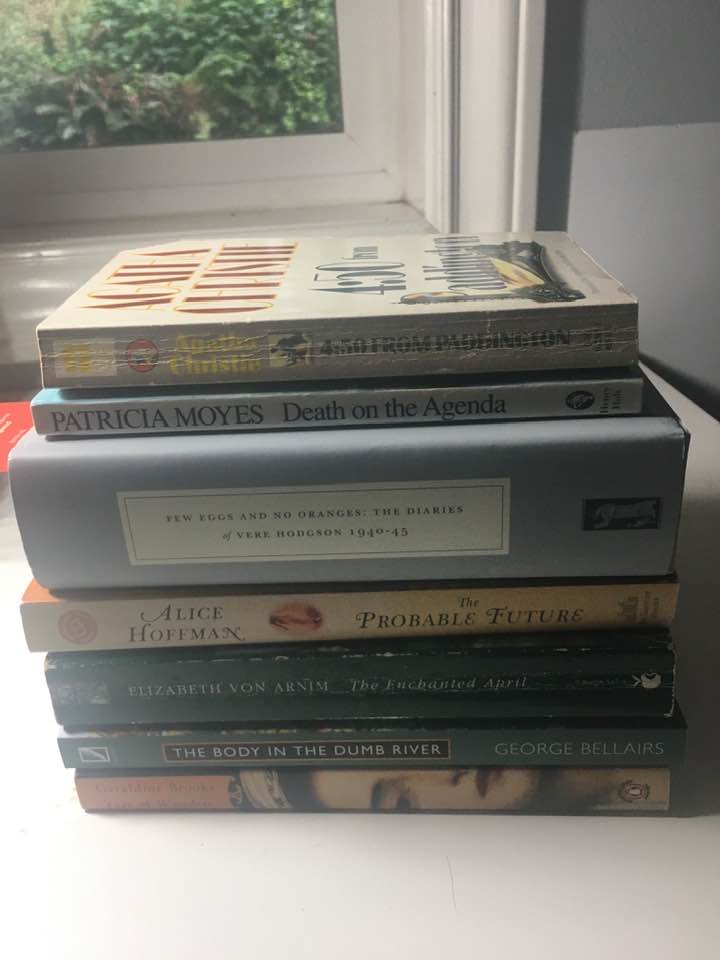 friday reads Readathon do the dewey

Looking at Miss Gilchrist, Mr. Entwhistle felt a sudden stab of recognition - a composite picture of hundreds of ladylike figures approaching him in numerous Bay Trees, Ginger Cats, Blue Parrots, Willow Trees and Cozy Corners, all chastely encased in blue or pink or orange overalls and taking orders for pots of china tea and cakes. Miss Gilchrist had a Spiritual Home - a ladylike tea shop of Ye Olde Worlde variety with a suitable genteel clientele.. There must, he thought, be large numbers of Miss Gilchrists all over the country, all looking much alike with mild patient faces and obstinate upper lips and slightly wispy gray hair.

Tenant for Death by Cyril Hare is the the next book for the pandemic buddy reads, so I'm reading that one for sure. I downloaded it today.

I'll also spend at least 30 to 45 minutes making my way through Few Eggs and No Oranges by Vere Hodgson. And, if I've finished up After the Funeral, I will definitely be picking another Christie Comfort Read - but not Cat Among the Pigeons. I'm saving that one for a buddy read with BT & T-A. We just need to pick the date/time. I'm thinking that the next Christie will be a Marple.

Aside from those, I have several prospects in mind:

The Messenger by Daniel Silva

The Night Fire by Michael Connelly

Death on the Agenda by Patricia Moyes

The Probable Future by Alice Hoffman

The Body in the Dumb River by George Bellairs

Year of Wonders by Geraldine Brooks

Readathon do the dewey 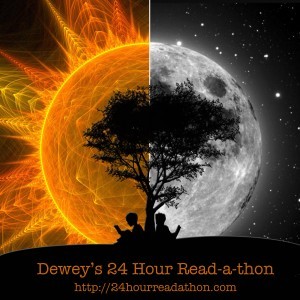 I'm going to let my husband know that I'm in for the read-a-thon this Saturday. Is anyone else going to be participating? Let me know in the comments!

Readathon do the dewey